Hat’s off to Ann Lee, I say. She’s the courageous CEO of St Margaret’s Hospice, Taunton who has launched a joined-up funeral service with the twin goals of caring for her patients in death and earning some much-needed money to pay for the care her hospice extends to the living. What’s not to like?

A hospice is uniquely positioned to create great funerals at a time when too many mainstream funeral providers are offering a product which, in the eyes of consumers, costs too much and offers poor value. Yes there are some lovely undertakers out there doing their best for their clients. But they’re not putting in the thinking, most of them. They’re not creating funeral experiences that meet the needs of modern mourners.

Hospices can be the changemakers we need to break this dismal cycle. Because only they can close the care gap. The seamless service they talk about makes instant emotional sense, doesn’t it?

And they’ve got the two things they need to do it.

Second: hospice ways of working. A hospice workforce is a mix of highly-skilled professionals and highly-motivated volunteers. And it’s exactly this mix of people that will make hospice funerals beacons of best practice and low prices.

The blueprint is already out there — has been for some time, now. Communityfunerals.org.uk is a how-to guide to setting up a “funeral service which, in a spirit of common purpose, deploys volunteers and professionals as its members see fit in support of three objectives: commercial, social and environmental.”

The concept is the product of a partnership between the Good Funeral Guide and the Plunkett Foundation, the people behind community shops and pubs. It has attracted lots of interest but no-one has yet had what it takes to see it through. Now I sense its time has come.

Here are some excerpts from the communityfunerals manifesto:

A community funeral service (CFS) reclaims the care of the dead and the support of the bereaved from the for-profit sector, but in doing so it does not take inspiration from the past. A CFS is a progressive agent of social change in response to, in particular, the growing challenges posed by longevity, the changing needs of the bereaved and evolving trends in the expression of grief and the commemoration of the dead.

The community funerals movement does not denigrate the values and skills of the best funeral directors. On the contrary, it seeks to accommodate them.

A CFS promotes healthy, robust and informed attitudes to mortality by responding to the ‘death of one of us’ as ‘something that touches all of us’. In doing so it rejects as emotionally unhealthy the outsourcing of the care of the dead and the arrangement of their funerals to specialist undertakers.

A CFS asserts the normality of death and assumes ‘a neighbourly duty of care for our own’.

A CFS does not treat the death of someone as a standalone event. A CFS works collaboratively with those who care for the elderly and the dying, and with those who support the bereaved.

A CFS acknowledges that its fitness to deliver its social and environmental objectives derives from its ability to deliver economic benefits to it members. Unless it can provide a service offering better value for money than the for-profit sector it has no business in the marketplace.

And this is what the CFS manifesto has to say about how a CFS is staffed:

At the heart of the philosophy of a CFS is the belief that the bereaved would rather deal with ‘one of us’ than ‘one of them’ – that death is better handled by ordinary altruistic members of a community than by those whose exclusive professional competence is the care of the dead and the service of the bereaved. For this reason, a CFS is staffed as far as possible by people for whom the work is part-time, just as it was for the laying-out woman and midwife in times gone by.

There you have the gist of it. There’s much, much more on the communityfunerals website. Shining ideals and copperbottomed practicality. Here’s an aside: when did you last see anyone with physical or learning difficulties working in funeral service?

If you don’t mind, I want to speak direct to Ann now.

Ann, you’re clearly something of a newbie to the cut-throat world of commerce. Along with others, I think you could have taken better advice. Ours for preference. I don’t fall in with those angry folk who write Mr Hodgson off as a ‘bottle-blond muppet’ or a ‘poundshop Svengali’. But I do think his business plan lacks intelligence. No one ever made money by dishing up the same old same old.

A community funeral service, on the other hand, is tailor made for you.

So think again. Remember: i) hospice values, ii) pro-am workforce. A hospice funeral service will never make St Margaret’s a fortune but it’ll make people think well of your work and that will loosen the purse strings of your many supporters. Feed the love and you will reap a rich harvest.

If I’ve failed to persuade you and you insist on sticking exclusively to ‘income diversification’ as an end in itself, then your best bet is to open a string of kebab shops. More profitable.

HOSPICE FUNERALS CAN BE THE BEST, NO QUESTION reposted from YouTube 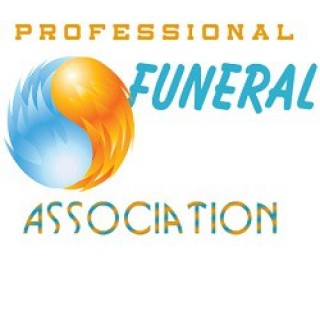 AFA is the nations leading association of funeral service industry leaders representing over 5,000 funeral homes and crematoriums across the nation offering real tools, continuing education and a sounding board for change in the industry.